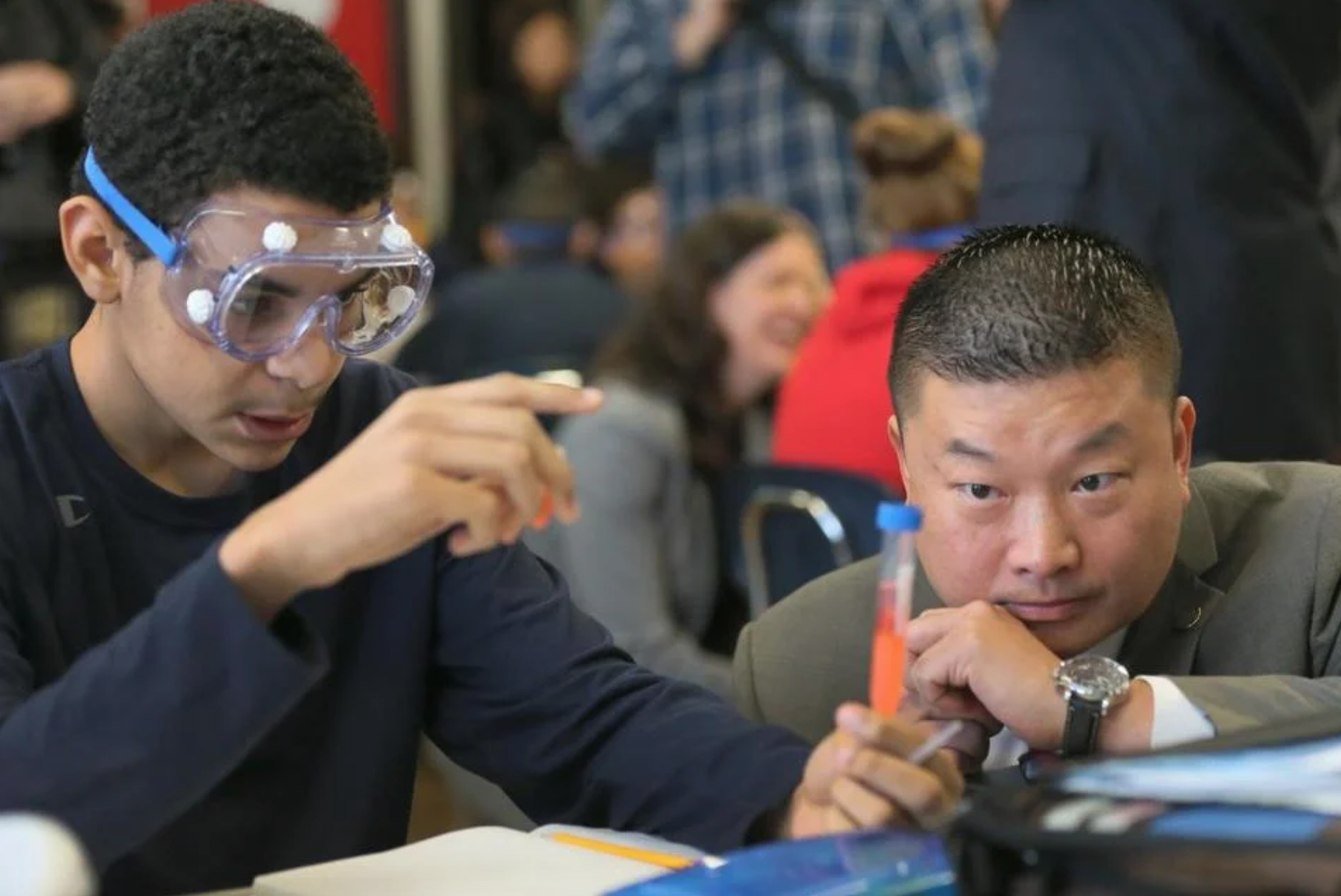 Students at the Oliver Hazard Perry School are not following their typical middle school syllabus this week.

Eighth-graders at the South Boston school spent Monday morning isolating their own DNA. Seventh-graders were creating light circuits. And sixth-graders were learning about Web design.

“You’ll see a lump of DNA. There was a lot, like a lot, of DNA,” eight-grader Joel Latimer said, after explaining how to isolate the genetic material with Gatorade, ethanol, and soap.

The Perry was among 36 Boston schools being transformed this week into learning labs focusing on science, technology, engineering, and math.

In all, 6,500 middle-school students in the city’s public schools are immersing themselves in STEM study, at a time of increased demand for proficiency on those fields in the working world.

The program, developed by leading STEM organizations, including the Massachusetts Institute of Technology, i2 Learning, and MathWorks, focuses on hands-on activities so students can learn in a way they wouldn’t ordinarily experience in a classroom.

Mayor Martin J. Walsh and school Superintendent Tommy Chang,kicking off the week at the Perry, said embracing the class and others to follow can help them flourish in a rapidly changing world.

“Our students are going to be tackling real-world problems, experiencing how STEM education can help their day-to-day lives,” Walsh said. “We’re committed in Boston to be leaders of STEM education for all our students in our city.”

He emphasized the importance of students knowing about science and technology by the time they graduate from middle school.

“Our whole world is changing and it’s important that our young people have that education to keep up,” Walsh said. “You students in our middle schools, it’s a great time for you guys and girls to learn. This is the time to learn what you guys can do.”

Chang told Perry students that they need to be prepared to fill STEM jobs as they get older and finish school.

“STEM occupations are growing at a rate stronger than non-STEM jobs,” Chang said. “STEM-related jobs also pay much higher. Science, technology, engineering, and mathematics workers complete such a critical role . . . and we want to help you get ready for those jobs and those careers.”

At the Perry on Monday, students were working diligently to impress their teachers with their new projects and lesson plans.

“They have a battery-powered switch and they’re creating simple circuits and parallel circuits,’’ Kid said. “Some groups have gotten three circuits to light up at once.’’